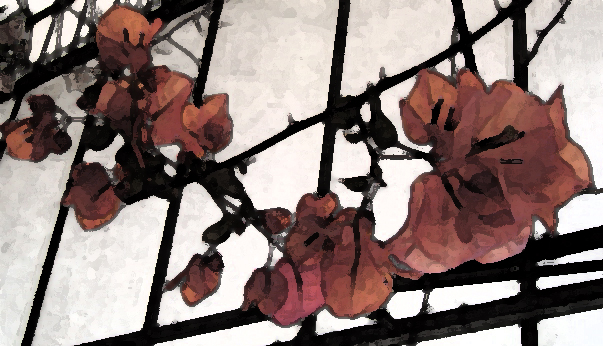 In case anybody wonders, most of my TV viewing consists of news, in-depth politics, interviews, etc. I really enjoy BBC Parliament, for example, but am not about to highlight specific debates here! This section is for programmes I would recommend if they are still availabe.

Line of Duty season 5***** I adore this show and although season 5 wasn’t quite as good as the early seasons, it still gets 5 stars from me and I’m looking forward to season 6.

Wellington: The Iron Duke Unmasked (BBC4)***** Lots of interesting material about Wellington’s later life and his marriage. I’m a huge ‘fan’ of the Napoleonic war period – fiction and non-fiction alike – so I enjoyed this.

Our Dementia Choir with Vicky McClure ***** Vicky is, of course, one of the main actors in Line of Duty but here she showed her amazing skills as a presenter. She watched her grandmother suffer from Alzheimer’s so jumped at the chance to help with a scientific experiment to see how music affects people with the condition.

Adele: In her own Words**** I didn’t really know Adele’s music before I watched this – wrong generation, I suppose! Anyway, I now have some of her songs on my Spotify list and was fascinated by this exploration of her personality and work.

The Hunt for Jihadi John**** This was grim viewing. I knew about his ISIS actions, of course, but not much about the man himself. This programme corrected that ignorance.

Botany: A Blooming History**** An intriguing look at plants. As well as the inevitable eye candy we got, in three programmes, a history of botany and botanists ranging from early agricultural experiments to today’s genetic modification techniques.

Our Kind of Traitor (Ewan McGregor)*** Forgettable spy film but McGregor was, of course, watchable.

Killing Eve*** I didn’t mean to watch this, and didn’t like it much, but husband was hooked so… Brilliant acting, and I think all of them deserved Baftas, but the concept – assassins and so on – didn’t appeal to me.

Cowboys and Aliens*** I think I’ve seen this before but if so had forgotten a lot of the story. Mediocre plot, acting and direction.

The excellent and the good:

Healing Glass by Jackie Keswick ***** I had an advance review copy. See my separate review during May.

Daughters of the Dragon by William Andrews***** A fascinating novel about the women who were forced into being ‘comfort’ workers for Japanese troops during WW2. It’s told from the point of view of a grandaughter of one of them, brought up in America.

A Merciful Silence by Kendra Eliott***** I didn’t realise I’d bought this fourth thriller featuring Mercy and Truman. It was as enjoyable as the first three but the series is becoming a little formulaic and I may not continue, especially now that Mercy and Truman seem to be engaged to be married.

Murder House (Psycop 10) by Jordan Castillo Price***** I love the Psycop series. In this one, Vic is undercover, away from Jacob, investigating a house where someone died.
Hue Tint and Shade by Jordan Castillo Price***** A long short story, one of the Bittersweet Candy Kisses collection featuring the magical chocolatier Chance as well as Nathan and Tommy, the couple for whom he arranges romance. I love the whole series, including stories by other authors.

Montana Sky by RJ Scott (Montana 6)*****This is the last of the Montana series and I shall be sorry to leave Crooked Tree Ranch. I still think that statistics suggest there are too many gay men in the immediate area but I thoroughly enjoyed the story of Martin, Tyler, and the geology of the region.

Moonstruck by Aleksandr Voinov ***** I loved the fact that the author really understands fan fiction, and brings Anthony and Samir through Samir’s work in the ‘world’ of Anthony’s published series. The fact that the series involves werewolves made me want to read it though I am sadly aware that it is a plot device and not an actual set of novels.

Rewind by Marshall Thornton (Pinx 4)***** I’ve been enjoying this series of ‘cozy’ murders investigated by an intrepid group of gay men in Los Angeles during the worst years of the AIDs epidemic. In this volume, Noah wakes up next to a dead body but although the victim did have HIV that wasn’t the cause of death.

Surprise Groom (Marital Bliss 1) by DJ Jamison ***** I shall be following the author’s new series. Her writing is excellent and I think she is at her best when exploring themes with mild thriller elements. Caleb, Julien and an island dedicated to providing an exclusive marriage venue form an interesting story.
Special Nights by DJ Jamison **** This loses a star because there is less to grip the reader in this pleasant romance. Sam has insomnia and meets Hunter, a barista. It’s a short novel or a long short story and is well written.

Bone to Pick (Digging up Bones 1) by TA Moore**** This is a story of a police dog handler and an FBI agent. The thriller element, with the missing child, was well presented and the writing was good. However, my favourite character was the dog, Bourneville, and I don’t think I’ll be following the series.

Kip’s Monster by Harper Fox **** As with all Harper’s books, this was beautifully written, but loses a star because I found it thoroughly depressing despite the upbeat ending. I was glad Kip and Oz got together, and I appreciated the Loch Ness scenes, but I couldn’t stop wondering what life was going to bring for Oz’s grandmother and Kip’s mother. Nothing good, I suspect.

A Few Good Fish by Amy Lane (vol 3)**** I enjoyed this finale to the story of Jackson and Ellery and their battle against maverick military experiments. The main pleasures of the book lie in the explosions, and the romance, and the author points out that anyone wanting facts about the police or army should avoid it. It loses a star because, just like the middle volume in the series, some extra sections from the beginning and middle of the story which originally appeared in the author’s blog are tacked on at the end, just when the tale had reached a satisfactory conclusion. Poor structuring.

Say You’re Sorry (Sacramento 1) by Karen Rose*** I’ve always enjoyed Rose’s books even though they’re formulaic (police or FBI agent meets woman investigator/witness/pathologist/lawyer etc. and romance ensues while the thriller continues). However, I was less than keen on this one. About half the book was told from the point of view of the serial killer. I can see why: it was necessary, to avoid too much telling instead of showing at the end. But I’m simply not a fan of criminal point of view. I won’t be following the series.

The ones I wouldn’t recommend:

Less by Andrew Sean Greer ** This was awarded a Pulitzer Prize and to be honest I wondered whether it was because a minor character gets a Pulitzer, which gives rise to a conversation about how to pronounce it… Arthur Less is a mediocre writer of gay fiction, who travels to avoid the wedding of an ex-lover. Most of the book reads like a travelogue with a lot of purple prose more suited to brochures. Arthur himself is not a particularly endearing character. The narrator seems too intrusive though the reason for this becomes clear at the end. I was mostly bored but persisted because I’d paid for the book and also wanted to know why the critics liked it. I still have no answer to that.

A Fistful of Emmett by Jambrea Jo Jones** Emmett and Kit are two-dimensional characters and the story had little to grip the reader. It followed the basic ‘gay for you’ trope but I was bored and only finished it because it was short. The writing was less than stellar, with lots of repetition.

No Brief Affair by Ryan Taylor. Abandoned. The story switches point of view between Liam and John, repeating the same events from a different perspective. There is also too much explicit sex. I got bored very quickly and didn’t care what happened to the characters.

Another month with a lot of reading that relied on canon familiarity, including the Lewis Spring Challenge, and a new Supernatural series my daughter is writing.

Running on Air by eleventy7
https://archiveofourown.org/works/3171550
Harry Potter fandom. Draco is missing and the case is given to Harry as an auror. Very slow burn mm romance with no sex during the story. Beautifully written.

To Steal a Kiss From Borrowed Lipe by corruptedkid**** https://archiveofourown.org/works/16958304
Bandom AU. I’m always interested in how other writers handle magic. Gerard and Frank accidentally exchange bodies when a magic user tries to ‘help’ their relationship.