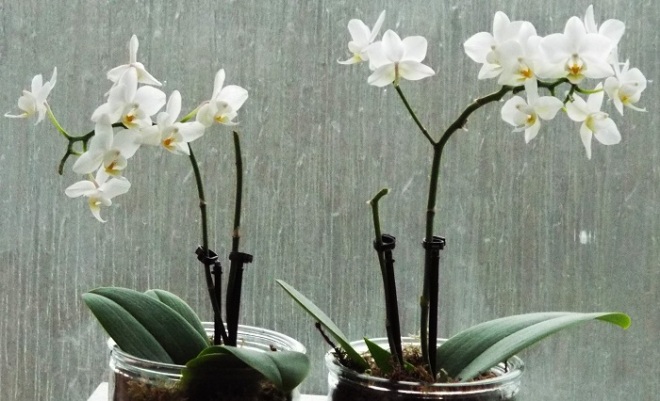 The Secret Life of the Zoo (weekly; ongoing) *****
The animals at Chester Zoo continue to be both fascinating and eye candy.

Beck. Season 1 ****
Swedish crime drama but Beck does very little except preside over a somewhat dysfunctional team. Good police procedural, worth looking out for next season.

Sleeping Beauty **** Pantomime at our local theatre. Stunning sets, costumes, choreography and special effects. Pity about the music which was loud and sometimes drowned both dialogue and lyrics (and led to the loss of a star from me). Typical panto, well done and enjoyable, not least for the reactions of the kids in the audience.

Dr Who (weekly; ongoing) ***
The female doctor with the ensemble team cast of companions continues to try hard to improve our minds.

Harry Brown **
A pensioner (Michael Caine) turns to vengeance when a friend is killed. Gritty and gruesome.

American Gangster*
Similarly confusing and unpleasant despite the presence of Will Smith.

Solaris. Abandoned.
Sci fi – very slow and the director seemed more interested in photography than plot. Based on a Russian novel that had good reviews. George Cluny starred.

The Traitor Lords Saga by Adella J. Harris *****
A Regency trilogy. I should really mark this down to four star because of Americanisms and coincidences, but I couldn’t put it down. There are three books in a boxed set: Lord Lynster Discovers; Lord Heathborough Invests; Lord Edwin Falls. Each concerns the inevitable problems (and the eventual mm romance) of the sons of a group of noblemen convicted of a treasonous plot. The characters and their various entanglements are wholly delicious. Highly recommended.

Night Drop (Pinx Video Mysteries 1) by Marshall Thornton *****
The amateur detective is a fascinating character and the crime, and solution, are interesting. Whilst this is an LGBT novel, there is no romance in this first volume. Recommended.

Murder of a Straw Man and Murder of a Working Ghost by Robyn Beecroft *****
This new Dancing Detectives series is set in the fens near Cambridge and Ely with interesting and believable amateur detectives who manage to reach, however ineptly, conclusions to convoluted cases. Rory is a ‘vlogger’ with family problems and his lodger, Hayley, is both ACE and ethnic minority. Rory is gay and not exactly closeted but his budding romance is very slow moving. A series well worth looking out for, not least for its portrayal of small town English life and the delightful helpings of information about Morris dancing. Recommended.

Band Sinister by KJ Charles *****
Guy is in some senses a country ‘innocent’, thrown into the path of his neighbour, Philip, a nobleman with a wicked reputation which of course is not deserved. A delightful Regency romp. Highly recommended. I also read The Ruin of Gabriel Ashleigh**** by the same author. This is a short story about Gabriel and Francis from the Society of Gentlemen series. It’s well written but very brief and probably wouldn’t stand alone so not recommended unless you’re already following the series.

Love Can’t Conquer by Kim Fielding****
Jeremy’s teen crush died – or did he? The story is intriguing and the novel is well written. Recommended.

The Greenwood and the Grail by Harper Fox****
Book 3 of the Arthur series. This one was quite mystical, with Lance retreating to a magical forest, cared for by Parzifal. Arthur fortuitously finds them when he enters the forest after a battle. I didn’t personally enjoy this as much as the first two volumes (too little action and too much introspection) but it extends the story, which twists and tweaks the legends of Arthur and Lancelot beautifully, and I would recommend the whole series. I gather it’s one of those trilogies that is going to have a fourth part…

Criminal Intentions. Season 1 Episode 1 ‘The Cardigans’ by Cole McCade/K****
Malcolm and Seong Jae are partnered as detectives and find each other quite difficult at first. But their case work is interesting and their relationship, off to a rocky start, gets quite intense. This is an example of how a crime drama can be meshed with an mm romance and work to enhance both angles. Recommended.

Civilisation (New Scientist: The Collection)****
This is a worthwhile collection of articles though there are a couple that seemed to me to be less than stellar. It covers all the latest research in palaeontology and archaeology as well as more speculative and/or statistical fields looking at religion, migration, politics, and other social issues. It’s well presented and illustrated. I enjoyed being able to read through a number of articles that really interested me all in one volume and might look out for others in the Collections series. Recommended.

Operation Makeover by DJ Jamison (Hearts and Health 7)****
Ridley, who works in the same hospital as other characters in the series, has had a hopeless crush on a friend since high school. He asks Cole, a stylist, to help him change his looks and clothes in an attempt to be noticed, but in the process, falls for Cole. Well-developed characters and nicely written. Recommended.

The Hanging Tree by Ben Aaronovitch ****
Book 6 in the Rivers of London series with PC Peter Grant. I was slightly disappointed. I understand that there are some short graphic novels between the main volumes, and I suspect I have been missing some events in Peter’s life since I don’t enjoy (and therefore don’t read) graphic novels. Despite the presence of new and interesting magic users, the book concentrates more on police procedure and less on magic than usual. It’s the magic that ‘makes’ the series, so for me, this was a serious drawback and I don’t think I will be in a hurry to buy the next volume. I waited long enough for this one, because initially the e-book was £9.99 which I thought was outrageously expensive (more like the price of a hardback) but I bought it when it was eventually offered at 99p! Not really recommended though I loved the series prior to this volume.

Conduct Unbecoming by L A Witt ***
Eric and Shane are in the US military and their problem is not the fact that they are gay but that their disparate ranks make even socialisation unacceptable. There is no real plot once the situation has been outlined, though there is a hopeful ending. The main focus of the book seems to be a tour guide to Okinawa which sounds interesting but was not quite what I wanted.

This is a long list with six abandoned books and as you can imagine, I got increasingly irritated this month! I hope I’ll save other people from the pain.

My First Murder by Leena Lehtolainen. Abandoned.
A Finnish police procedural. Extremely boring. I didn’t care who committed the crime or want to know any more about the detective.

The Portal Prophecies by C A King. Abandoned.
To be fair, this fantasy series might have teenage readers as its target audience. I found the style irritating and when I realised it was to be more than one volume I gave up. There are teenagers in a world a little like ours but with massive doses of misogyny, warrior dragons in another world, and other aliens on a different plane altogether who talk in capital letters. I assume they eventually all get together but I didn’t read that far.

The Fraternity of the Estranged: The Fight for Homosexual Rights in England 1891–1908 by Brian Anderson. Abandoned.
The focus of the book is the struggle of three academics, Carpenter, Havelock Ellis and Symonds. I was expecting more about the Wilde trial, given the dates. I strongly suspect the origin of the book was the author’s Ph.D. thesis – it is quite scholarly though fairly ‘dry’ and concentrates on a small area of the field. The trouble for the ordinary reader is that it reads as though written by a grasshopper, with frequent leaps to and fro in time and from one character to another. I got confused, bored, and annoyed, so I skimmed the chapter titles which gave a clue to the contents, and gave up.

A Detached Raider by Ana Night. Abandoned.
Confusing. Also, unlike Criminal Intentions (see the four star reviews) this is an example of how a crime drama can be meshed badly with an mm romance and not work at all. The characters were insufficiently differentiated, which was the confusing bit, and their thoughts about each other kept intruding into the police procedural sections which was both annoying and slightly unrealistic.

Silent Hall by NS Dolkart. Abandoned.
A fantasy book that was strange in that any initial world building was absent and the teenage characters spoke and behaved like modern American teens despite living in a faux mediaeval world with some strange place names thrown in. I didn’t like the writing style but might have continued if the story had hooked me. Apparently it deals with a post-plague scenario and the quest for a new home.

The Witches of Cambridge by Menna van Praag. Abandoned
This came highly recommended. I got quarter of the way through, and there was still no evidence of any plot. There were numerous characters, quite well-developed via flashbacks (which I regard as an irritating technique most of the time), the main narrative was in present tense, and one of the witches sparkled.

I have nothing to recommend this month. I finished reading the Lewis FrightFest offerings, and read most of the Professionals Big Bang stories. They were (in both fandoms) a mixed bag, some very well written, some case fics, some ‘gen’ fics, and some romances, but all needed a knowledge and love of the fandoms to make sense. I didn’t have time to look at any other recommendations from any of my friends because the two lists mentioned here were quite long.