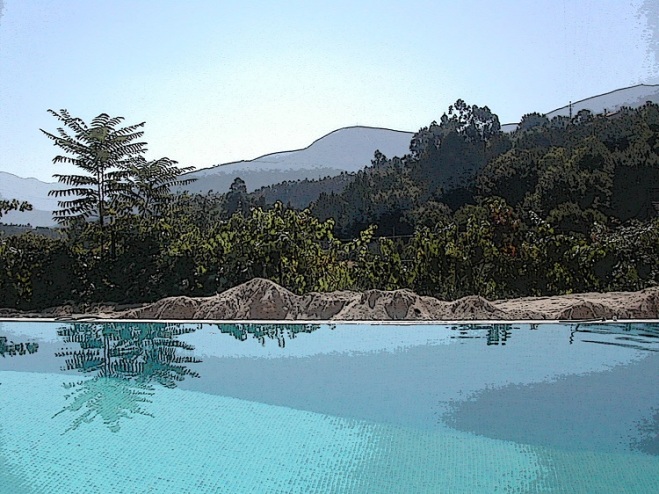 Where to start? First of all with an apology. We were in Portugal with internet woes. By the time we worked out that to get any service at all we needed to buy a 4G hub we were knee deep in visitors and I had simply no online time at all. At least I’ve managed this post before September has quite finished, and I didn’t altogether expect to!

So, reviews for July and August!!

I watched Skyfall for the second time and liked it all over again.

I watched the finale to this year’s Dr Who and whilst I didn’t dislike it I decided I only watch Dr Who because the family do and that it’s one of those shows that I can take or leave… I do think Peter Capaldi is a good actor and I am sorry we are losing him.

I then watched Season 5 of Game of Thrones and still adore it. It brings the books to life and I appreciate the author’s involvement in the screenplay. I am hoping for Season 6 for my birthday and yes, I am ‘behind’ but since I am up to date on the books I am unlikely to read anything that is a serious spoiler.

Days of Blood and Starlight by Laini Taylor. I love the writing and this middle book of the trilogy did not disappoint but the final part, Dreams of Gods and Monsters, only got four stars because I felt the ending was rushed.

The Course of Honour by Avolio – http://archiveofourown.org/works/9720611#main. Yes, this is from the AO3 Archive but it’s an original work. The Archive hosts works that are derived from fandom tropes. This one dealt with arranged m/m marriage in an SF storyline and was both exciting and romantic. (You can download it for free in various formats.)

Lessons in Seduction and Lessons in Trust by Charlie Cochrane. I really love this series and intend to keep following the detective adventures of Orlando and Jonty.

Heat Trap by L Merrow. Another series I really love. This was the fourth story and I must investigate to see if there are any more!

All The Countries We’ve Ever Invaded (And The Few We Never Got Round To) by Stuart Laycock. This is a semi-humorous but ultimately serious account of British, or rather, English history with a focus on invasion of other places. Amazing. Some of it was not news to me; in fact I knew a lot of what the author presented, but to have it all in one place was fascinating. It also helped to set various invasions in context.

The Persistence of Memory by Jordan Castillo Price. This is an intriguing start to what I hope will be a series. It’s sci-fi and the hero designs and sells or implants mnemes or memories, to order.

The Bones of our Fathers by Elin Gregory. A museum curator and a construction worker join forces to protect an archaeological find in South Wales. To say any more would be to spoil the story but be aware that m/m romance ensues, complete with a fair degree of misunderstandings and angst. Lovely!

The Laini Taylor book mentioned above.

The High King’s Golden Tongue by Megan Derr. This was a pleasant m/m romance in a fantasy setting but whilst the writing was good I didn’t feel desperate to hear more about the characters, so only four stars.

Empress Orchid by Anchee Min. I had already (rather a long time ago) read the biography of the last empress of China (by Pearl Buck) and this added some welcome detail about her early experiences. It wasn’t exactly hard to read but it took me a long time and I somehow failed to enter the ‘world’ of the empress, which was disappointing because books about China and Japan usually draw me into the different cultures.

The Invention of Wings by Sue Monk Kidd. This is the story of one of the early anti-racist campaigners in America who was also a staunch feminist. She is a historical figure but the other ‘heroine’ of the novel is a slave who is semi-fictional and in fact died in childhood. I perhaps unfairly compared the novel to Tracy Chevalier’s The Last Runaway and it suffered in the comparison. I don’t think the fusion of fact and fiction worked well but the story was interesting and well written.

Damocles by SG Redling. This is an interesting sci fi novel about language and culture but I stopped reading when I realised I had read it fairly recently and could remember most, if not all of the story.

A Country of Refuge – edited by Lucy Popescu. This is a selection of writings, both fact and fiction (and some poetry) dealing with the experiences of refugees. I subscribed to it on Unbound and was happy to have done so since it’s a ’cause’ I support, but the quality of the pieces was very mixed, and to read it straight through was, inevitably, depressing.

Fairly short stories, all m/m romance. Pleasant but not memorable.

Fanfiction – only one worth mentioning

to change the course of the future by authoressjean available at http://archiveofourown.org/works/700097

The story begins after The Battle of Five Armies, the final film of the Hobbit trilogy. The author tweaks canon dramatically. Thorin and his nephews survive the battle. Bilbo realises that his ring is Sauron’s one ring and decides to take it to Mordor by himself. The story therefore effectively replaces The Lord of the Rings and is a fascinating exploration of ‘what if?’ It does what good fanfiction should always do, which is to transform the canon and present it in a new guise with new questions and answers.

So there we have it – my summer reviews. Almost time for the September ones!!