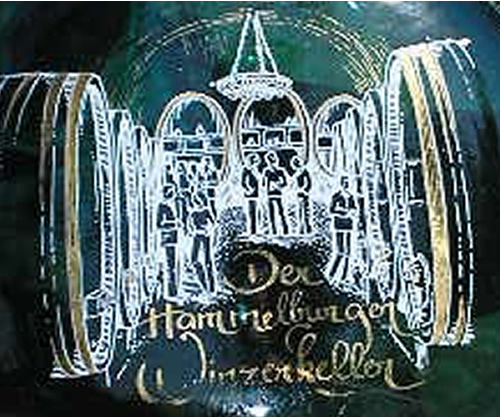 October already! Reporting on my reading and viewing has made me much more aware of my habits. I’ll continue this monthly review to the end of the year but I think from January I will only write notes about the things that really appeal to me. Meanwhile…

3Sep E Irregulars***** – a fabulous anthology of four stories by well known m/m writers set in a shared magical world. The Irregulars of the title police interactions between humans and others. (In some respects the premise resembles the basic plot of Men in Black.) The stories are well written, full of detailed world building and rich description. The characters are fascinating and their adventures are gripping, filled with unexpected violence, secret crimes and different ways of looking at the world. The romances are unusual and compelling: goblins, fae and humans returned from ‘fairy’ realms abound. One major character plays a minor part in another writer’s tale. I wanted to read more about the world created, and was really sad to finish the book. Happily, the writing was so dense and packed with interest that reading took quite a while, and of course I can always read it again. Kimberling, Lanyon, Amara and Hale have written a delightful and intriguing collection of stories. Highly recommended for anyone who enjoys adult ‘fairy’ tales.

10Sep E Warhorses of Letters*** -Marie Phillips and Robert Hudson. I initially heard this as a radio series which I adored, and I subscribed to the publication by Unbound Books. When I read the whole thing, complete with extra footnotes etc., I was slightly disappointed. It purports to chronicle a love affair (by letter) between Marengo, Napoleon’s horse, and Copenhagen, Wellington’s horse. Obviously a lot of the plot is humorous  – not to the horse characters, who are in earnest, but to the human reader. However, in the text, the humour overwhelmed the pathos and excitement that came across in the radio presentation so that the horse characters seemed somehow distanced and less important than the attitude of the writers. I was also sorry that the story simply stopped, rather than having any kind of historical ending. That was fitting, perhaps, for something that was supposed to be based on scraps of old letters, but it was unsatisfying to the reader. I told all my friends to listen to the radio series but sadly, would not recommend them to buy the book.

10Sep P The Presentation of Self in Everyday Life ** – Erving Goffman. This was quite a dense book in the sociology/psychology genre about the way we present ourselves to others and the way we understand their presentations. It was first published in 1959 and the author died in 1983 but I expected more insights and more to interest me. Unfortunately, Goffman used examples that were drawn almost wholly  from American society at the time of writing. His few examples from Britain were either very ‘dated’ (and in some cases based on nineteenth century society) or based on an outsider’s observation of life on one of the Shetland Isles. As a result, I found the examples, meant, one assumes, to illuminate and expand the text, to be less accessible than the text itself, and they therefore hindered rather than helped my understanding. I struggled through the book but would probably have got just as much from a synopsis. I am not convinced that Penguin should have reprinted this book and I am sorry I spent so much time on it.

14Sep P The Last Templar** – Michael Jecks. This was an irritating historical detective story, based on meticulous research. The author should have stuck to non-fiction. The points of view were all over the place, sometimes from one short paragraph to the next, which led to confusion. There was far too much repetition. both of thoughts and of voiced speculation about the various murders. Not an author I would read again.

16Sep P The Dead Zone**** – Stephen King. King is a brilliant writer – detailed characterisation and a plot that drags you into his world even when it doesn’t initially interest you. I’d heard of The Dead Zone and was intrigued by the idea of Johnny Smith, the unwilling psychic. The story was well told and I couldn’t stop reading. It was also sad and in some ways I wished I hadn’t read it. There were moments of horror – King excels at horror – and moments of sweetness. I wouldn’t read it again but it was very well done.

19Sep E Psycops****– Jordan Castillo Price. The  Psycops series is set in a world where psychics and supernatural creatures abound. The world building was good and I liked the main detectives, Victor and Jacob, who end up having an affair and then moving in together. I have  the whole series, up to Book 12, having bought them as a ‘bundle’. Most of them are are novellas, and the character building for Victor, the psychic cop, is fascinating. I can’t tell you about the plots as anything I said would be a huge spoiler for anyone who decides to read the stories! I would give five stars if any of the books were longer – I really do prefer crime stories to be novel length; somehow the pacing is more satisfying. The ‘shorts’ (romance focus) are less interesting than the longer stories which are dominated by paranormal crime. I understand there are more books to come. I will definitely read the longer ones. I would feel cheated if I spent any money on the shorts.

22Sep P Company of Liars***** – Karen Maitland. I couldn’t put this down. The subtitle is ‘a novel of the plague’. A group of ill-assorted travellers are on the move through England during the time of what is now known as the Black Death, the plague that ravaged Europe in the fourteenth century. The group have various reasons for their travel but have banded together on the road and are heading north and inland to try to outrun the plague. They fail, but none falls victim to the pestilence. Instead, there are various fates in store for them but not until they have told their stories, some of them retellings of legends, and some of them dark secrets of their lives. The structure of the book echoes The Canterbury Tales because of the group, the travel, and the stories. There is a hint of magic although everything that happens can be explained by the psychology and religious ideas of the middle ages. Many of the events are tragic and gruesome, and the gradual disintegration of the group reminds the reader of the death and decay of the population and the resulting devastation of the countryside. The ending seems merely sad and then there is a twist that leaves the reader shocked and unlikely to forget the story. Excellent historical research and skilled writing make this a fascinating novel. It would be hard to re-read it, knowing how things turn out for some of the characters, but I would certainly recommend this to anyone who enjoys either historical novels or tales of the macabre. I will also be looking for the author’s other works.

29Sep P The Judgement of Caesar** – Steven Saylor. I read a couple of Saylor’s Roman ‘mysteries’ some time ago and was not impressed. They were nowhere near as good as Lindsey Davis’ Falco books. I had just about forgotten why Saylor’s work annoyed me and as he’s so highly thought of and well reviewed I gave this story a try. Now I know. The writing irritates me. There are huge ‘info dumps’ and characters frequently tell each other, at some length, things they must already know, in order to inform the reader. There are artificial plot devices – Gordianus the Finder is placed as an eyewitness at many historical events through an unbelievable set of coincidences, thus allowing history to be related by a ‘common man’. So I was already inclined to dislike the book before I realised that the mystery didn’t even arise until two thirds of the way through. I liked the characters of Gordianus’ family and once I had started reading I ploughed through the novel to find out their fates and the explanation of the crime that was committed. The story takes place against the backdrop of Caesar and Cleopatra, at the beginning of Cleopatra’s reign. (The main thread of the novel starts with the death of Pompey and ends with the death of Ptolemy.) I did not particularly enjoy myself and will not read one of this author’s works again. The historical research is interesting and detailed, and is deservedly praised, but maybe Saylor should stick to text books?

29Sep E The Etymologicon*** – Mark Forsyth. This is a stroll through the English language looking at where words come from, how they are related, etc. Some of it was quite entertaining but at times the author’s sense of humour was a little heavy-handed. It’s a book to dip into rather than to read all at once. I might have tried harder with the quiz section at the end if I’d had a printed version – I find moving to and fro within a book on my Kindle unsatisfying which is why I don’t often use it for non-fiction.

So – a disappointing month but  Irregulars and The Company of Liars were highlights, and I read plenty of good fanfic, too.

Not much to report this month, because I’ve been watching a lot of documentaries, and have started watching some series that won’t be finished for some time either because of TV schedules or because my DVD watching will take some time. (Dr. Who, Inspector Montalbano and The Legend of the Seeker.)

10Sep Sherlock Holmes. A Game of Shadows***** – the second of the Robert Downey Junior films. I think I was possibly slightly less impressed than by the first film, but was it was still stunning. The special effects, the acting, the humour in the script… I think it far surpasses the BBC Sherlock series, though I enjoy that too. The effects, and some of the filming techniques were brilliant in this ‘sequel’. especially some of the slow motion sequences. Downey makes the perfect Holmes, and Jude Law is a fascinating Watson. The supporting cast were great, especially Stephen Fry as Mycroft. Altogether marvellous and highly recommended.

14Sep The Best Exotic Marigold Hotel.***** – a sparkling cast, beautiful locations and direction, and a gentle plot full of humour and melancholy. A group of retired people go to India to a hotel in Jaipur. Life is never the same again for anyone. A lovely film.

27Sep Monsters Vs. Aliens*** – a Dreamworks ‘cartoon’ style of film with the latest computer graphics etc. A rather worthy and ponderous plot in which a young woman becomes a ‘monster’, saves the world, and decides she doesn’t need to return to normality. To be fair, it was made as a children’s film, but I was glad it was only 90 minutes…

30Sep Fierce Creatures*** – John Cleese and Michael Palin plus other well known stars. Farce set in a zoo that is due for closure. Some funny moments but generally ordinary.

Anybody read or watched any of the above?

4 thoughts on “September reading and viewing”