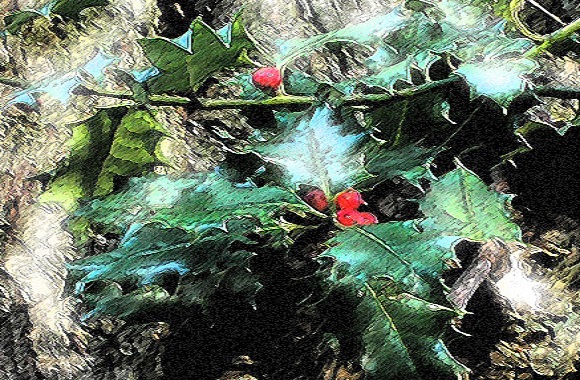 I’ve been reflecting on the year in my viewing and reading so of course I had to make a list. I chose three in each category and for most categories the choice was extremely difficult. I was strict with myself about no re-reads or re-watches. Most of these have been mentioned in the course of my monthly reviews but one or two are December discoveries.

Films: I didn’t go to the cinema in 2019. These were all watched on the TV screen.

TV general series: They had to be series I’d finished watching.

Desperate Romantics (a fictional account of the lives of the pre-Raphaelite painters)
Carnival Row (fae refugees from war find problems in a steampunk London AU)
Game of Thrones (sex, violence and dragons – I adore the books, too)

The Crimson Rivers (French detectives; every case seems to involve the supernatural but turns out to be mundane)
Spiral (French detectives and lawyers in Paris; each season has a focus on a serious modern problem e.g. sex trafficking)
Line of Duty (UK series with ongoing high level corruption underlying each season’s highlighted crime)

Documentaries: There were some good single programme documentaries but I prefer series with more opportunity to immerse myself in whatever it is.

Wild China (the main focus was animals and plants in the various regions but there was plenty about the people and their homes too)
Treasures of the Indus (following the river route and showing both the history and the present day)
Great Railway Journeys: Australia (Michael Portillo doing one of his inimitable travelogues with railways linking the programmes)

READING
No re-reads and each author could only appear once in the entire list. If you know I enjoyed your book – gave it five stars, even – and it isn’t in the list, all I can say is that the competition was intense!

Tallowwood by NR Walker (Detective novel set in Australia. MM romance plus gory crime plus focus on Native Australian issues.)
Rising Tide by Susan Roebuck (MF romance set in Portugal when a young woman in a fishing village finds love with a visitor from America while they solve a mystery)
The Heights by Amy Aislin (MM romance in which a child is kidnapped and discovers his real background as an adult)

The Cracked Slipper by Stephanie Alexander (What happened to Cinderella and the prince after the wedding)
The Wolf and the Pear by Alex Jane (A terrorised village, a wicked witch and a werewolf who falls in love with a village boy)
Cutie and the Beast by EJ Russell (Beauty and the Beast retold for an mm audience)

Sci Fi, Fantasy and Paranormal I love this genre but despite some wide reading only found one story worthy of inclusion in my end of year list.

Vlarian Oath by MistressKat (An ff romance set in space. Available free on AO3 where it was published as part of a mixed fanfic/original challenge)

Books – series: (a good series is a chance to get to know a world and its inhabitants in depth – I may well have started each of these before 2019 but have read more during the course of the year)

The Power of Zero and Two Divided by Zero by Jackie Keswick (I’m looking forward to the rest of this series with its focus on a young man rescued from a life sleeping rough and trained to combat crime via computer. MM)
Resonance, Resistance and Renaissance by Lilian Francis (Delightful slices of village life interspersed with mm romance)
Choosing Home, Returning Home and Staying Home by Alexa Milne (mm romance set in the Scottish Highlands)

Psycops by Jordan Castillo Price (Victor can see and talk to ghosts; this helps in his detective career with Jacob, his partner in both work and love)
How to Howl at the Moon by Eli Easton – plus sequels. (The people of Mad Creek are a mixed bunch: some are dog shifters. Romance, both mm and mf, and some crime.)
Apple Boy by Isobel Starling (first in a series of fantasy adventures with some excellent world building – looking forward to more!)

Sci fi series: Another of my favourite genres but I only found one series for this list.

Machineries of Empire by Yoon Ha Lee (a trilogy set in the far future with space opera, interplanetary politics and gender fluidity at its core)

The Holly Groweth Green by Amy Rae Durreson (wonderful paranormal Christmas mm romance)
He’s Behind You by Clare London (Pantomime mayhem in the village hall plus a helping of mm romance)
Taitaja by silverr (ff fantasy story published on AO3 alongside the writer’s other work which is worth checking, especially her poetry)

Harry Potter: A History of Magic – various authors (the book of the British Library exhibition)
The Broken Circle by Enjeela Ahmadi Miller (engrossing story of a family’s escape from Afghanistan)
Because Internet by Gretchen McCulloch (looks at the changes in language brought about by social media)

Buen Camino, Bodie by Sharon Ray (a story in the Professionals fandom that charts a pilgrimage Bodie makes after Ray’s death)
In the forests of the night by greenapricot (a story in the Lewis fandom that uses Northumbrian legend for a satisfying Halloween read)
Dragonwilde by Fledhyrys ( an AU story in the Supernatural fandom. Dean is a dragon and Sam is a mediaeval warrior – the author is my daughter and this is not one of my fandoms but I fell in love with the story anyway!)

I will return to my normal monthly reviews in a day or two!