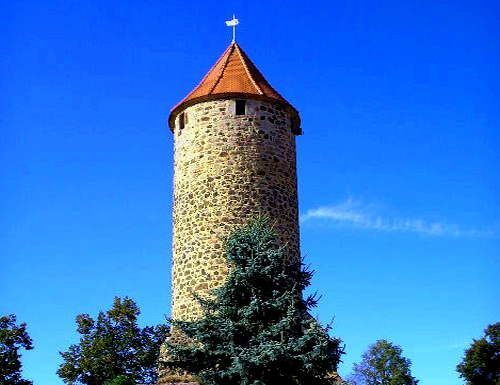 Continuing my exploration of my writing courtesy of the blog writing meme I followed.

The next question was: Have you ever had a story change your opinion of a character?

Unlike some of my friends I took this to mean in my own writing since this was a writing meme, not a reading one.

I have been fascinated by the way characters behave in my stories. I suppose changes must come from somewhere in my subconscious but there’s often no advance warning. Minor characters turn into major ones, the main characters insist on interesting and unexpected reactions and relationships and on one memorable occasion I discovered part way through a story that someone I had felt a little sorry for was a cold blooded murderer. The other characters were startled, too. I think the difference is that I meet the minor characters alongside the main ones and see them through their eyes. So if they change their opinions, so do I. The minor characters might be formed already somewhere deep in my brain, but I know very little about them until my main characters tell me. I know the main characters too well, before I start writing, for my opinion of them to change. Simply knowing the ending of the story doesn’t necessarily let me know everything that will happen or what everyone will do. Throughout the story, and this is particularly true for a series, the main characters are as close to me as my family, whereas the people they meet are more like my neighbours, or even the people at the pub or in town. They might become friends but my opinion of them is exactly like that of people I meet in ‘real life’ – subject to change according to the way they behave. And that’s something I can’t consciously control.

So far as fanfic is concerned the characters all speak to me from the start, even the minor ones. They’re based on canon, of course, though most canon leaves plenty of room for exploration, explanation, and so on. So in a sense the characters are already formed and so are my opinions. There might be OC characters like victims of crime in a case fic but they wouldn’t need my opinion, just my sympathy. I might discover or realise details about canon characters, but nothing major. If I did, I suspect I’d have to start a different fic or do an extensive rewrite.

The following question was, I think, a familiar one for fanfic writers but is just as valid addressed to all authors.

When you write original characters, how do you make certain they’re not Mary Sues (or Marty Stus)?

For those unfamiliar with the term it applies to characters inserted into stories who are quite clearly the author indulging in some wishful thinking about being the best detective, greatest lover, most benevolent ruler, or whatever and taking over the story in an irritating way.

Terry Pratchett, in his semi-autobiographical A Slip Of The Keyboard, mentioned a friend of his who said: There is a little bit of autobiography in all books, isn’t there? Only friends will tell you that.

And of course he’s right. You have to have experienced emotions such as love, anger or shock in order to write about them convincingly (which is why children’s writing so often seems ‘flat’) and you have to have seen or heard scenes or music to describe those with any hope of being believed.

We are told to write what we know. This means, to me, that we have to draw on our knowledge of the world, acquired in person or through in-depth research, to develop locations, credible story lines and minor or background characters. When it comes to the main players we need to dig into our own emotions and experiences to find out what makes them ‘tick’. It’s possible to write criminals convincingly because we have all had ‘bad’ thoughts from time to time and a writer need to expand those and build on them in much the same way as an actor developing a role. The danger lies in putting too much of yourself in to any one character and investing too much in them in the story. The danger is perhaps greater with the heroes and heroines. It’s comparatively easy to distance yourself from a thief or a murderer, harder to back away from someone who is trying to do good. But to make them convincing they have to live in their own right, and that means that you have to bring them to life, talk to them, get to know them, and do that as if they were a real person with a life quite outside your own.

In some ways I’m pretty sure I don’t appear in my stories. That’s because my work in largely in the fantasy genre and I’m a fairly down to earth person with a family and two houses to run. I don’t even yearn to go off into the woods or on quests – I’m pretty sure I’d find it uncomfortable and irritating even though I used to like camping when I was younger and fitter. I’d want to be back for various appointments, to wash my hair, to sleep in my own bed… And my protagonists are mostly very much younger than me. They are not yet married with children or pets or a bank account. When I was their age I wanted the children, pets, etc. more than I ever wanted adventure, and I wanted academic success more than magic so I don’t think I put anything of my younger self into them, either.

So I don’t have to ‘make sure’ because appearing in my own stories is not something that appeals in the slightest. I have my own story to live and it isn’t one I have any wish to fictionalise.

But in the sense that writers write what they know, all original fiction could be said to be Mary Sues. Discuss!

For fanfic writing the answer is perhaps harder to reach. Yes, I write original characters. I wrote an entire novel based on a group of original characters interacting in the world created by Stargate SG1 – unpublishable because it is so intertwined with the existence of the Stargate itself, but available here: http://archiveofourown.org/works/108729/chapters/150465 for anyone who’s interested. And if I’m writing a case fic for a cop buddy fandom there have to be original characters to provide the criminals, victims and witnesses at the very least.

A Mary Sue would presumably mean a female character who did all the things I would like either to do or be thought to have done. I haven’t written many female OC characters other than, as I’ve just said, criminals and victims, and as I have no desire to be either I don’t think there’s much danger of of Mary Sues there. The exception is the SG1 novel. There are female OCs in that but they’re there to create a mixed team or to provide plot points; I sincerely hope I haven’t put anything of myself into them. None of them have anything in common with me and while I love reading about sci fi adventures I have no desire to participate. They aren’t the major characters, who are men, and not in the least like me or any of my family. Nor do I have hidden longings to be male. The only point of overlap is that the ‘hero’ (and the woman who is his girlfriend at the start of the story) come from the same part of UK as me – that’s just me using locations I know to be sure of getting them right.

So I don’t ‘make certain’ they aren’t Mary Sues – I don’t have to because I never insert major female characters into a fic who aren’t from canon. My OCs (male and female) have plenty of flaws – but not my flaws. I seriously wouldn’t want to be any of them, and none of them are better than the people around them. They might (Adam in the SG novel) be the ‘hero’ but only in the sense of being the main focus of the story, not in the sense of being any kind of super-hero.

I don’t want to meet or live with or interact with canon characters – or the actors for that matter. I want them to remain stories – on paper, on screen, on my computer or on a virtual screen in my mind. I meet and interview the muses, yes, in order to hear their stories, but they don’t involve me in their adventures. The nearest I get to a Mary Sue is as the narrator who controls, to some extent, the overall plot.

I find these questions interesting – they force me to articulate my sometimes rather incoherent thoughts about my writing and that, I think, has to be a good thing! I’d love to hear other people’s ideas on the subject in general or on particular questions.