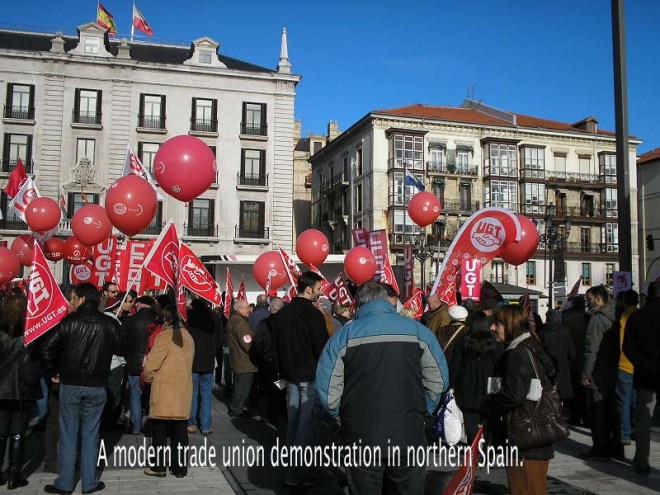 I like history books. I prefer to read them in print because I like to be able to move to and fro with ease, looking at maps, family trees, glossaries, and that kind of thing. Pictures, too, in one of these. In fact of these ten books only one was an e-book. It was the one that irritated me!

I am not so fond of historical novels. I like my history served up in a fairly scholarly fashion. But I have included three novels which appealed to me because they taught me a lot about things I was only peripherally aware of before I started. I suppose what I should say is that I don’t much like mainstream historical novels set in periods or places I’m really familiar with. Crime stories are usually OK but they have to be very good at both the crime element and the period. I enjoy fantasy, too, the kind that looks sideways at our history and refreshes it.

Anyway, some reviews! of books I have read during the last year. If you follow my personal journal you can skip this post as I posted the reviews there too!

Because we travel through Spain frequently we became interested in Spanish history and found a review of The Spanish Holocaust by Paul Preston. This was a superb account of the Spanish Civil War in the 1930s, its causes, build up, aftermath, personalities, etc. If I have a criticism it is that since it was written largely for the English reader rather than the Spanish one there could have been more effort to deal with the unfamiliar naming system. I frequently lost track of who was who, partly because Preston flitted between first, second and third names of the main characters, expecting his audience to keep up. It certainly deepened our understanding of a country we are beginning to get to know, and sent us post haste to Modern Spain by Raymon Carr which dealt with the Spain of the nineteenth and very early twentieth century, thus giving us more background for the Preston account. His attitude to names was as cavalier as Preston’s but I felt more forgiving because his background is Spanish so he might not know, so to speak, just how confusing Spanish names can be. So now we had looked at Spain from post-Napoleon till the death of Franco and were still fascinated. To understand Franco and his cronies better we felt the need to read Morocco. From Empire to Independence by C.R.Pennell. Franco’s movement grew from his army experiences in Morocco and we realised we knew horribly little about Morocco other than what we’d read in La Prisonnière by Malika Oufkir. We’d read that the previous year so I’m not reviewing it here but I’d recommend it. Pennell’s book on Morocco was fascinating, and added to my knowledge of the western fringes of the Roman Empire as well as the growth of the current kingdom. However, it was the hardest of the three to read. It had very few stories about individuals other than the various rulers and this made it harder to empathise with the people who lived through the events described. I found it rather distancing. Of the three books, I’d recommend the Preston one first, and then the reader could research whatever else appealed to their wish to know more. Preston brings into the daylight the appalling mid twentieth century suffering of the Spanish which we tend to forget since they were not combatants in the second world war.

I then had two books recommended to me. A friend told me about Caravaggio: A Life Sacred and Profane by Andrew Graham-Dixon and my brother-in-law told me about a book by the daughter of a friend of his, Fallen Order by Karen Liebreich. They covered a similar period of history – mediaeval Rome, so I bought both and didn’t regret either. Liebreich looks at the way the Piarist order of priests and monks fell from grace in both a sacred and secular fashion by nurturing or at least protecting paedophiles in their midst. The book is very detailed about the Rome and the church of the time of Galileo and Caravaggio, and has messages for today, with our current abuse scandals. Fascinating and informative. Then the book about Caravaggio was an incredible journey through mediaeval art and its major sponsors, the church and various churchmen. I read it in paperback and just about coped with flicking to and fro to look at details in the illustrations, but if you can get a hardback copy from your local library I’d recommend that. By the time I got to the end I felt as if I’d attended a history of art course and was much better informed. I already knew something about the period and had of course seen a lot of the art, but the author brought it all vividly to life, including the stories behind the paintings and the lives and crimes of the painters. Anyone at all interested in art or history should at least read that one, and I’d recommend the Fallen Order to anyone wanting details of mediaeval church practices and their relevance to us today.

My family reads a lot of books about finance, an interesting topic since it concerns us all so intimately and since so much of the ground covered serves to explain various protests, bank collapses, and so on. A recent book I borrowed was This Time is Different (Eight Centuries of Financial Folly) by Reinhard and Rogoff . It was an interesting read, spanning various financial plots, disasters and manipulations since the so-called dark ages. The basic premise of the books was that this time is not different and we do not learn from our mistakes.

A book that had a huge time span to cover was The Rise and Fall of the Third Chimpanzee by Jared Diamond which is the only one in this review post that is on my Kindle and yes, I got annoyed with it. In fact I almost didn’t finish it. Diamond takes us through evolution to the present state of humanity. He has a lot of theories which he presents with a great deal of arrogance. His wikipedia page says he ‘is arguably best known for authoring a number of popular-science books combining topics from diverse fields other than those he has formally studied.’ That about sums it up. I got annoyed with various aspects of his explanations on evolution and consulted my biologist daughter who said she thought (charitably) that the book was simply out of date. For example, he is convinced that Neanderthals died out completely whereas we now know they interbred with the newcomers who became modern homo sapiens. I was doubtful about some of his more rigid theorising about the spread of language, something I know a little about, as opposed to biology where I had to take what he said more or less on trust. I also consulted an Australian friend about a chapter dealing with Australian Aborigines and their lifestyle, postulating a lack of easily domesticated crops and animals leading to the hunter-gatherer way of life, and she was dubious about some of the theories put forward. In the last section of the book he deals with genocide, mass extinctions and the possibilities for the future of humanity and presents his opinions as facts, leaving me irritated and inclined to argue even with things he said that I agreed with.

And now for three novels, wildly different and all well worth reading.

Pompeii by Robert Harris uses the story of a small group of people to show us how the Roman population reacted to the eruption of the volcano. It is a fascinating book, going into great detail about the way the water system worked and what was known about flow, contaminants, etc. and about the research and observation done by the Plinys, father and son. The romance that drove the plot was always secondary to the volcano itself and was never overwhelming, unlike the mountain’s outpourings! Memoirs of a Geisha byArthur Golden gives us a detailed picture of the Japanese way of life that included geishas in the first half of the nineteenth century. In some ways it shows us how alien the culture that went to war with the west could be at times, and in other ways it gives us a domestic tapestry that leaves us feeling some kind of cross-cultural empathy with the geishas who struggled for emancipation. It’s an absorbing story, told from the point of view of one person and purporting to be written by her and merely transcribed and translated by the author. She is, of course, fictional, but at times the reader believes in her whole heartedly. Rangatira by Paula Morris was a gift from a friend in New Zealand. It is based on the true story of a Maori who went to London with some of his fellow citizens at the end of the nineteenth century and had very mixed experiences in England. The events unfold as reminiscences. He is having his portrait painted towards the end of his life and talks to the painter about everything that happened both in New Zealand and on his travels. So he, like us, is looking back at a different time and a different culture, both that of the Maoris and that of the British. Today, I suppose, he would simply get on a plane and then be back home again almost before he’d arrived.

I know it’s the current ‘fashion’ to show the thumbnails of the covers of books when reviewing but I decided not to – I thought it was something that would work for a few books but not for ten – eleven including Oufkir’s story which I’d read the previous year. If you’re interested in any of the books they’re available on Amazon and I can happily answer questions.