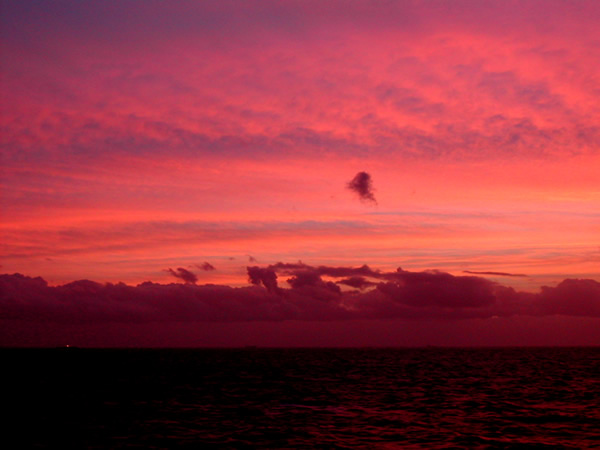 I started to write this post some time ago but now find myself talking about a very current topic. I am horrified at Paypal’s attempts to censor what Smashwords should publish. Self publishing has always been the last resort of those whose work was rejected for any reason by official publishers and to prevent any publication of legal material seems like a step on the road to fascism. I also believe it is a first step in an attempt by the financial institutions to control people who self-publish. They’ve started with what they see as a soft target – a sub-genre of erotica. If they succeed they can go on to other things they disapprove of…

I neither read nor write the type of erotica they are talking about but have no problem with people who do. It’s their choice, and I am glad for them when companies like Smashwords facilitate that choice.  On the other hand, I have to say that the loose wording of the ‘ban’, would, over the centuries, have prevented the publication of parts of the bible and many myths and legends. We would all be poorer as a result.

And all writers, particularly those who write either ‘thrillers’ or historical fiction might well find themselves including rape or under-age sex in their work. Anyone who wrote about ancient Egyptian royalty would have a hard time avoiding incest. Are those books to be at risk too?

For a good explanation of the issues involved in censorship I would refer you to Neil Gaiman’s blog: http://journal.neilgaiman.com/2008/12/why-defend-freedom-of-icky-speech.html

For ongoing discussion of the financial implications you could start by following: http://maxkeiser1.blogspot.com/

But what do I think about erotica in general? Not rape, bestiality or incest, but explicit sex.

I have been thinking about this and have come to a few conclusions. These only hold good for me but I wonder if any of you share similar feelings.

*I don’t like the old-fashioned convention of leaving lovers at the bedroom door and fading to black. I think (and have always thought) that cheats the reader and is a bit like the habit of using euphemisms for e.g. death. If the story will benefit from following the characters through the door, then modern writers have almost a duty to take that step. I understand why older writers didn’t and how prudish censorship created a yawing gulf between mainstream writing and porn with no gradations between. I would personally censor violence and war long before I would censor sex. But sex censorship no longer applies in books intended for adult readers. (Provided they aren’t self-published and paid for by Paypal, of course.)

*I like to use my imagination. I like to have to work for some of the emotions a book can inspire. And yes, the physical reactions. Books can make us laugh, cry, breathe differently, feel hot or cold, etc. They can also give a type of sexual reaction, felt as a result of intense empathy with a character. The greatest writers have always been aware of this.

These two points would seem to be opposites, but there is a difference between following a couple into the bedroom and a blow-by-blow account of the sexual encounter. If a story has the explicit sex as its main focus and goes into great detail without any plot or character development it has to be extraordinarily good writing to avoid being labelled as pornographic. But sometimes some writers want to use that detail to achieve their effects and if they do so within a fully developed story I see no reason to call that porn. However, I also see no reason, personally, to read it. It doesn’t offend me but it doesn’t interest me.

*There are only so many permutations of what is sometimes termed tab A into slot B and the foreplay that gets them there. What makes each encounter special is the emotional content. I don’t necessarily mean emotional in the romantic sense. The emotions might be a struggle for dominance, a feeling of regret, a desire to replace the ‘other’ with a fantasy figure, all sorts of things. It’s the psychological ‘hook’ that captures my interest, and that, I suspect, of many readers. The mechanics are well-known and hold no real interest in themselves.

*To be of interest a sex scene needs to further the plot or add to character development. Without one of those it seems (to me) to be self indulgence on the part of the writer. I usually skim to reach more plot…

*Surely (I can hear people saying) some readers deliberately seek detailed descriptions of sex as a ‘turn on’. Not just in porn, which tends to have little or no plot and two dimensional characters, but in ‘hot’ stories – the ‘bonkbusters’ of the paperback world or the ‘steamy romances’ of e-publishing. Certainly authors seem to vie with each other to provide more and more explicit description. But I think this is publisher-led. I know one or two authors who have been told by (mainly US) publishers that their work is not explicit enough. But many ‘best sellers’ on those publishers’ sites are there through other merits – great plots, great characters, great general description and style. I’m not sure why publishers assume the sex description is what sells the book instead of the description of desire. Is it because until fairly recently they wouldn’t have dared publish it other than under a brown wrapper in a back room and now the very ‘daring’ nature of their publications leads them into strange and unsubstantiated beliefs?

I want to write about romance and therefore about sex because to ignore the sex is to be unrealistic. But I don’t want to be bullied into too many explicit sex scenes by publishers. On the other hand, one of my beta readers thought I should have left the explicit sex out of a story (currently in its third draft) in order to make the book suitable for the YA market. They thought I was bowing to publisher demand whereas in fact I thought the story demanded the sex (and in fact that had been the first swirling image at the planning stage). Needless to say, I won’t be removing the scene and the YA market will have to do without this particular story. It wasn’t meant for them, anyway.

Having said that – how many of you know older teenagers who are unaware of sex? I can’t believe we really need to ‘protect’ them and find the prevailing attitude hypocritical. Plus – I’d much rather make sure that we don’t provide them with a diet of violence where guns become commonplace and death is somehow part of the entertainment. Besides, the age of consent differs widely from country to country and it would be perfectly normal for a Brit writer to have a couple (of either gender) who were sixteen or seventeen years old without there being any thought of underage sex although American publishers would throw up their hands in horror.

I want to write about sex in a way that doesn’t ignore the mechanics but assumes nobody needs a blueprint, and I want to concentrate on the psychological causes and effects.

Incidentally, when I do have to refer to the mechanics, I have no intention of using euphemisms for body parts. To me, that jumps off the page in much the same way as using too many synonyms for ‘said’ so unless it’s within dialogue and justified by the character using it, I don’t do it!

And I want the books I read to focus on thoughts, not to the exclusion of the flesh, but to the extent that lets me enter a character’s mind and be transported into another person’s feelings.

Am I the one who is being unrealistic? What are your thoughts on this?