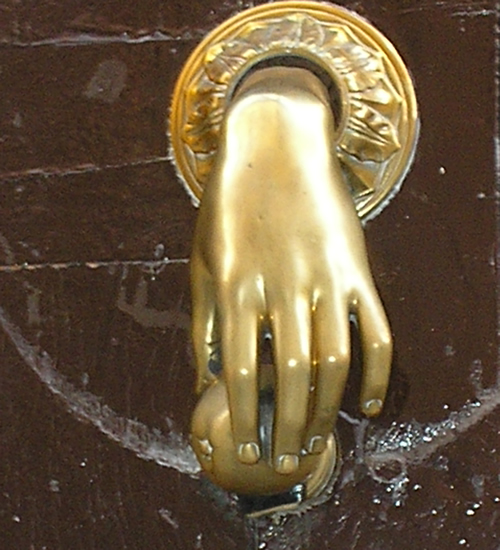 What do I find hardest to write? An author I admire, Seanan McGuire (who writes the October Daye series of urban fantasy),gave the following list in her blog:

She also said, “The painful parts of a project are like ninjas, and they sneak up on you.” Of course, she  then ‘unpacked’ each difficult thing and suggested ways to bash them over the head/deal with all of them.

It made me think about my own difficulties and how I tackle them. I came up with my own list of ten, (in random order) .

1. Beginnings. Deciding which scene should be the beginning. Sometimes the scene that begins a story in the author’s head isn’t the first one the reader wants to read.

2. Submissions. Submitting anything to an agent, a publisher or a competition. I feel both sick panic and a sense of hopelessness. Anything that involves an element of luck has that effect on me, not just writing!

3. Fight scenes. Not individual fights but mass battles. I find them totally confusing, skim them when I’m reading and look away when they’re on film. The skimming and looking away are an effect of the confusion but also make sure it continues!

4. Dialogue. I hear/write it in my head but sometimes forget to put it on the page. Or I summarise it.

5. Explanations. Remembering to explain things to the reader, who should not be expected to be psychic.

6. Medical matters. Describing medical conditions – anything from wounds to disease – is hard for me and requires a lot of research.

7. Physical cause and effect in world building. Something that looks pretty in an invented world (e.g. two moons) might have physical implications I haven’t thought through.

8. Formatting. Keeping everything in the same format drives me insane. Fonts, sizes, chapter headings, etc. And checking I’ve used the same symbols to divide sections, used italics consistently, and single or double speech marks. Checking for extra or missing spaces between words. Getting things into the right spacing etc. This is the part of writing I really hate as well as finding it difficult.

9. Timelines. Keeping track of a timeline can be hard; sometimes I get carried away by the main story and forget what else is going on.

10. Names. I frequently have to check the names (and other things e.g. how many children they have) of minor characters.

How do I tackle them?

1. Beginnings. I rely on my betas to tell me where the story starts and try not to set the sequence in stone in my head before I have their feedback. Occasionally my initial idea is right. But often I personally like a slow start (in my reading, too) and most people seem to prefer exciting action to draw them in.

2. Submissions. One of my betas is preparing to act as my agent. She has already submitted a couple of things on my behalf. But if I go ahead with the self-publishing, the problem will be solved. (Submitting to agents to try to find one is as bad as submitting to publishers.)

3. Fight scenes. I have to take a deep breath and try to visualise them. Then I have to put the results to my betas and work through what they say until we’re all happy. Or reasonably happy. I have to remember not to use the coward’s ways out (flashbacks, recounting, abstract-style descriptions that are heavy in emotion but don’t enlighten the reader). I’ve been guilty of them all. I even at one point had my hero imprisoned below decks so that I could avoid a naval battle. My betas made me bring him out. It’s often the choreography of close physical interaction that defeats me. I can cope with it in situations with two individuals (whether it’s a duel or sex). But you see then I can use an artist’s ‘doll’ to simulate positions if my imaginatiopn fails me. I should maybe take up war gaming with models. But in fact I simply try to avoid battles in my stories altogether.

4. Dialogue. I’ve learnt to go through and check that there aren’t too many pages of uninterrupted narrative. If there are, I’ve missed out some dialogue… I can write it; I just forget.

5. Explanations. My betas need to tell me if they haven’t understood something. The chances are it’s my fault, not theirs.

6. Medical matters. As well as doing online research and bookmarking websites (like http://www.dplylemd.com/DPLyleMD/Home.html)I have bought some books in the ‘Howdunit’ series (Scene of the Crime by Annie Wingate and Cause of Death by Keith D. Wilson) that help. And of course there is extrapolation from my own experiences, both as a patient and as a carer/visitor. For simple things I check them out with my daughter – see next point

7. Physical cause and effect. I run through things with my daughter, who is a scientist. She saves me from mistakes arising from things like extra moons or odd weather in sci-fi/fantasy stories. I have too little scientific education in some subjects (physics, chemistry, geology) and whilst I understand her explanations I rarely have sufficient instinctive grasp of these matters to avoid errors in the first place.

8. Formatting. As I said, this is what I hate most, and find hardest. It would probably be enough to drive me to a publisher (and editor/proof reader/etc.) except that I want to make sure my work is the best it can be before submitting it to a publisher… So I rely on my beta/agent/guardian angel, who is fortunately good at these things. Even so, I try to sort things out to some extent before enlisting her help, and that’s hard enough!

9. Timelines. I create a rough timeline at the beginning and refer to it every time I am about to start writing. Then when I finish, I add to it if necessary. It doesn’t have to have details, just basic information to stop me writing anachronisms within a story.

10. Minor names etc. I also create a kind of glossary before I start and add to that as well as to the timeline as I go along. Sometimes details of minor characters arise during the writing process. I don’t refer to it at the start of each writing session but I am aware that is there for me to refer to. It is also there to use at the end, doing a find-and-replace on names, both invented fantasy ones and ordinary ones – it’s so easy to turn Ann into Anne or Steven into Stephen. As for whether Brianna, in one of my novels, has one ‘n’ or two, I have no idea and have to check!

Most of the above are easily dealt with in short stories. They are much, much harder in novels.

Leave a Reply to Fiercely Yours Cancel reply